E was a bit tired but rose to the occasion, his scores were a bit all over the place with a 3rd, 4th & 5th LOL I guess his type is liked by some and not others because he is that bit heavier. Perhaps a hunter career may suit him!

Sitting on E, I saw J’s hunter class being called and him escorted off to the class. Super organisers, big thankyou there :).

I finished one and hoped on the next. J put a smile on my face and did a great gallop workout, perhaps a lap of gallop with a flying change and a bit the other way before halting/walking isn’t commonplace in Vic as NSW because a few commented upon it. Certainly a regular occurance when free workouts are allowed and part of the set workout at one GN qualifier. He was a 5th, 5th and a 2nd with had him in 4th place. I was happy, the judge I wanted to do well under we did (2nd).

The drivers in our group or at least those not riding decided we were staying at Tarcutta that night. Left Boneo Park at 4pm …hit Tarcutta late 11ish. Baby snake near stables caused a few issues as some poor Arabian pony colt heading to East Coast was in the stable nearby so we grab a halter and dragged him to safety…LOL only problem was the halter was to big, and colts/mares everywhere! Grabbed one of the boys haybags and the poor fellow stood very quietly whilst snake was dealt with. Full house at Tarcutta that night amongst transport trucks and East Coast competitors. A most honourable mention to the check in name that someone has put on the place, gawd I laughed and laughed that night!

Up early as I knew lots would be using the arena.

Went to lunch with friends at the nearby Café again, heaven.

Back to ride and plait Encore

Had another ride on Chad, which was just amazing fun again…

Improved my riding on E, I got 5 clean 3x changes…

Practised our workouts as all the decorations were up..

Good day all in all 🙂 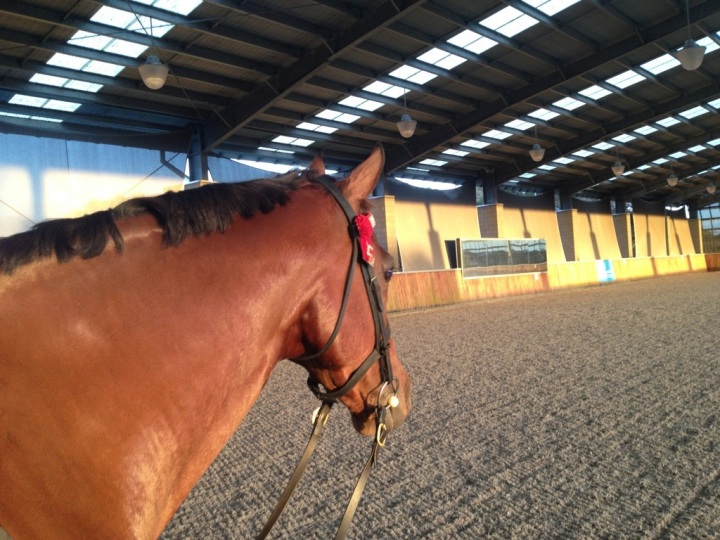 I was up really early this morning, first to ride on the arena and it was just spectacular..had a great ride on E, we really enjoyed the mirrors. 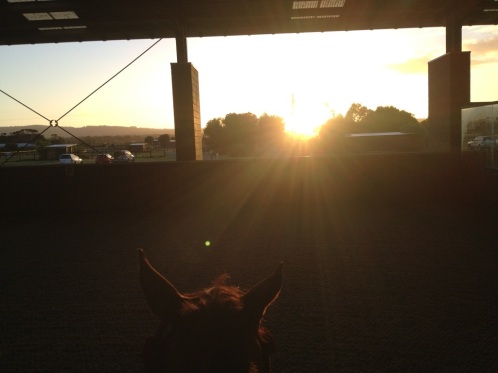 Played around with J & a few rode him sidesaddle…he was a good pony!

Went shopping and had lunch at nearby Cafe…as 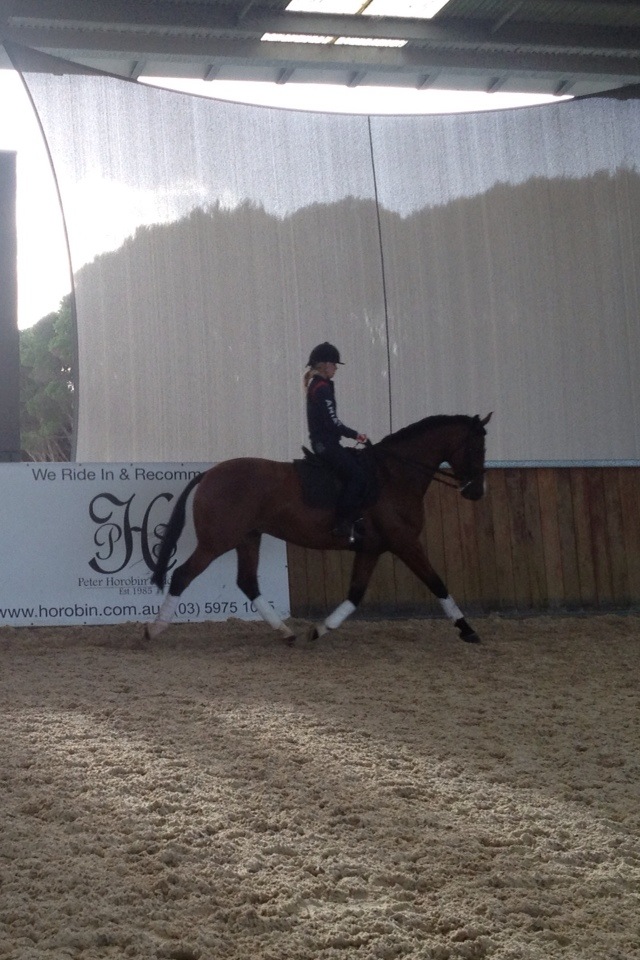