Early start and onto Canberra we went, always nice to get through Sydney before peak hour.

Dropped our two beloved dogs off at the kennels nearby for the week, they settled in very well. Onwards we went to Bump In around 10am. So much easier since RCNAS opened EPIC up from early morning onwards. Previously it was a 12pm which was both difficult to coordinate arrival times (as I find they travel so much better early morning/late evening) and you would get such a lineup it would back up, out of EPIC and onto the highway (cattle people share the same gate).

Super quick and easy Bump In! Woohoo for stable numbers being written on our camping stickers!! Beats the trek down to the office while two horses wait rather impatiently. 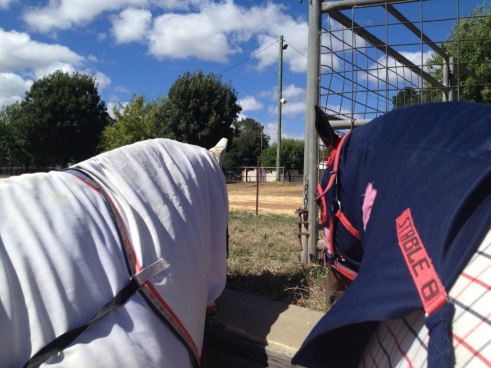